It’s about time the Stewards got really serious about the escalating level of race interference by jockeys both in Sydney and in Melbourne.

Apart from the very obvious and unacceptable risks and dangers posed to the health and safety and lives of fellow jockeys, which are paramount, there is also the collateral damage to horses and to their chances of recouping the substantial outlays that, in many instances, their starry eyed owners commit to for all the wrong reasons. 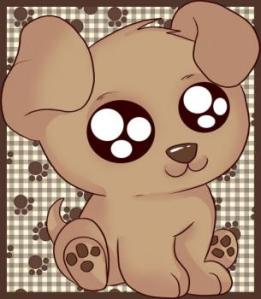 If the spate of jockey suspensions over the past month or so are any indication, Stewards are sending a strong message to jockeys. But the real question is are these “pint sized midgets” getting the message? Evidence suggests they are not.

While jockeys on the whole are conscious of safety, the reality is that some of the serial offenders just don’t seem to get it. 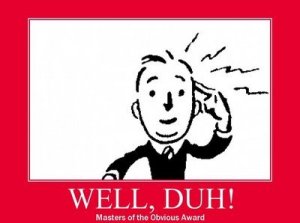 How often do you see the rap sheet from a race meeting with the same familiar names attached to it?

To make matters worse, we’re talking about some of the leading riders in Sydney – and one in particular is a serial offender.

This particular jockey, who is in constant demand from the bigger stables, always seems to escape with what is unacceptably the same type of sentence – a suspension covering a set number of meetings.

If Ray Murrihy and his racing police want to get serious- and, seriously, do they really?- they should hand this particular jockey a suspension that is commensurate with what is handed down to serial rule breakers: Give him a three month holiday and bugger the bleating from the bleeding hearts and the leading trainers who have been known to engage in their own bidding war for his services.

But does Headmaster Murrihy have the gonads to be his own man when dealing with “celebrity” jocks who are needed for turnover?

The NSW and Victorian stewards only have to take their cue from Hong Kong to work out the scale of penalties.

A mix of suspensions and heavy monetary fines leave jockeys in no doubt about the Jockey Club’s priorities. Safety and accident prevention is not compromised. Lives are precious and that is a non-negotiable. But so too is animal welfare and that of the owners and trainers so that a horse’s chance of winning a race is not compromised by a gung-ho “whatever it takes, win at all costs” Ramboesque approach that is commonly reflected in the rap sheets of the serial offenders.

It is time Australian governing bodies and the toothless Australian Racing Board headed by our old mate “toffee tongue” McGauran got serious about this issue. Otherwise the list of names on the roll call of fallen jockeys on National Jockey Celebration Day each year will keep getting bigger.

LIVING LEGENDS – ALL BUT FORGOTTEN?

We have been reading in the Melbourne press recently that the very worthwhile and well intentioned retirement home for champion racehorses – Living Legends- little more than a stones throw away from their international Tullamarine airport, is in serious financial strife.

Living Legends, as we are led to believe, has received funding from their passionate Racing Minister and now Premier Denis Napthine, as well as sponsorship from one of Victoria’s leading breeding farms – Eliza Park, until the breeding operation was placed in receivership and recently sold to the Hong Kong based Sun International, a racing and sports and entertainment conglomerate.

With a subtle twist to its name, Eliza Park International, recently launched at Melbourne’s Crown Casino, and from all reports, it was one of the most lavish, no expense spared gala launches ever staged in Australian racing.

There is every indication that the new Eliza Park owners will open their wallets and keep the sponsorship of Living Legends going.

Having said this, it is a very sad indictment on Australian racing and, in particular, the owners of some these champions, that they don’t fund the retirement home for these horses who have been iconic; not just for racing, but for the owners themselves, whose lives and bank balances have been changed forever.

Surely, the likes of connections of Silent Witness, Might and Power, Apache Cat, Efficient, Good Ba Ba, to name just a few, can contribute towards ensuring that these champions are able to enjoy a dignified retirement? 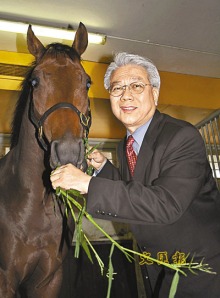 THE BAD COP BEHIND THE GOOD COP

Racing NSW’s el supremo – John “the messiah” Messara is publicly very much the “good cop”, while his Chief Executive Peter “the not so great” V’Landys, the bad cop – the twin towers in the NSW racing industry. 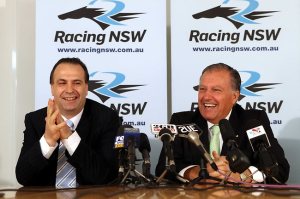 The “messiah” always comes across as a reasonable man of vision, ready to listen to reason and do whatever it takes to take NSW racing back to its pre-eminent position in Australian racing.

He is the man with the leash, ready to rein in his almost pugilistic Chief Executive who likes nothing more than a good old fashioned street fight – no holds barred, of course. 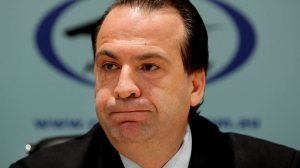 But the NSW racing industry is increasingly waking up to the Racing NSW double act.

The “messiah’s” role was described very aptly last week at Rosehill by a group of very prominent NSW racing people as both “good cop and bad cop”.

The Racing NSW double act is no longer on the dinner party guest list of the ATC, or TVN or even some of the stakeholder Associations. Their invitations to the double act, will strangely “go missing in the mail”.

It seems the ATC has just about been pinned against the ropes, TVN still in disarray, despite the “spin” suggesting a resolution to the problems are “imminent”.

In this instance, “imminent” could be used to describe a resolution nearly twelve months in the making, and we are still counting.

With the Australian Racing Board in the back pocket, ditto with Racing NSW, and the ATC, no longer a stumbling block, the Dumb And Dumber double act is poised to turn the Bunsen burner on those renegade Victorians across the border. And that should be a walk in the park given that the Victorians are led by their mate Bernard “the plodder” Saundry.

Sadly, the Breeders Cup type Autumn carnival WILL happen. With the NSW State Government committing to putting money into this ill-judged and ill-conceived piece of ego-driven marketing narcissism, yet another golden opportunity to fix up the mess that is the NSW racing industry will go missing.

If some of the prize money figures being bandied about are correct, there is only one word to describe the whole sordid exercise – OBSCENE.

More sadly, with the ATC virtually on its knees and many prominent NSW racing personalities completely disillusioned, the governance of racing in that State might just as well borrow from some of the one party states around the Third World.

It’s almost a replication of the State Governments in NSW and Queensland which these days are virtually one party States – not unlike Eastern Europe.