HORSE RACING AND THE TOUGH QUESTIONS 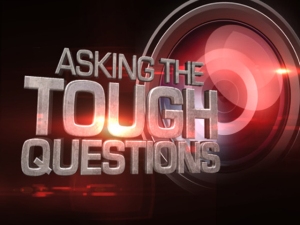 They’re questions that have been asked before and will continue to be asked until horse racing becomes a truly mainstream sport.

All of us who follow horse racing might think the questions are beyond stupid, but it also shows that trying to make a new generation of race-goers understand the sport needs building blocks starting with A,B,C. 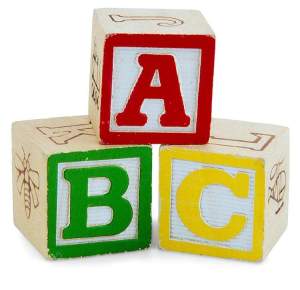 So after five years of having intelligent women, especially, asking if the 25 minutes between races is so the horses “can have a rest”, thinking that the same horses run in every race plus referring to a jockey’s silks as “blouses”, there really is a need to put on Walk Don’t Run by the Ventures and understand that it’s got to start with baby steps and something close to Horse Racing For Dummies. 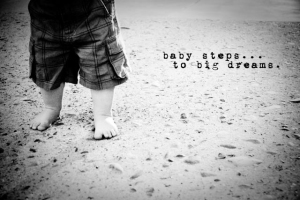 Even as fairly experienced racing men, we’re always learning and realizing just what a delicate balancing act it is to run a racing club.

For example, only until recently when the HKJC, without a doubt, the best racing club in the world by far, went through a shortage of jockeys after a horrific fall sidelined a number of jockeys, did we understand how suspensions and an unfortunate incident like the fall, could lead to a shortage of riders.

Someone we know well and not a hardcore racing person, asked why, as in football or many other sports, there can’t be a “reserve list.”

Not such a silly question or possible solution, but even mentioning “a reserve list” is something that will send tremors through all the red tape and rules and regulations that keep racing clubs on a shorter lease than Kim Kardashian’s husband. 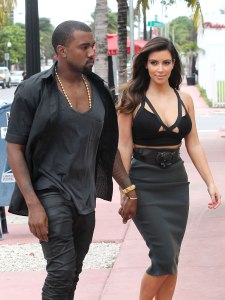 It’s also why many racing clubs need new hiring processes. Bringing in more of the same with dated ideas of what they think will be approved from within is not exactly moving things that’s just sycophantic thinking which goes down like the Titanic, especially when dealing with those in other industries- new business partners and sponsors also needing new thinking. 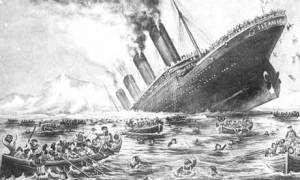 Again, the HKJC is way ahead of the curve through its very successful Happy Wednesday brand- and this must continue to be enhanced- new venues, the constant upgrading of its two courses and a CEO who is equal parts racing man and equal parts business man and entrepreneur. 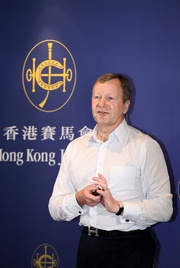 The buck stops with him and turnover isn’t just a buzzword. No racing, no turnover. It’s as simple as that.

If Hong Kong racing were to ever undergo the number of meetings abandoned recently in New South Wales, the buck would stop with him and some hard questions asked.

When Racing NSW’s Peter V’landy’s says No to a synthetic racing track for cost reasons and that racing on these tracks are not attractive to punters, he is damn right.

This is where the part-businessman comes into play.

Having said this, and even if Warwick Farm is to become a training facility, the question that stays with us is what has been done over all these years to ensure that racing in the State would not be held ransom by the weather gods and the domino effect it has on riders, trainers, owners and the turn-off factor it has on punters. 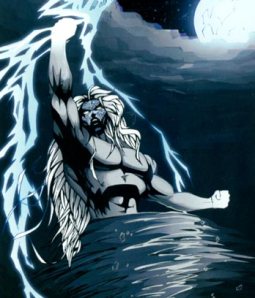 To make money, there is a need to spend money. And turnover- meaning races on a weekend- cannot be put on hold, brought back on a weekday while whistling Dixie and thinking turnover won’t be affected. 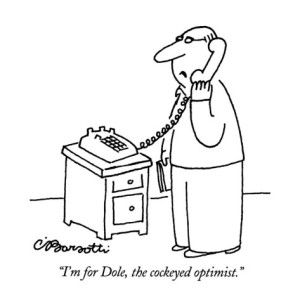 What, for instance, was the shortfall in turnover of the Rosehill meeting scheduled for Saturday and held yesterday? 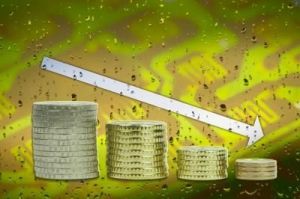 Pre-emptive strikes are needed before one sees that racing club coffers are as empty as old Mother Hubbard’s cupboard.

Simply sending out vapid and obligatory soundbites to a tired racing media that is too intimidated to say more than, Yes, sir, no, sir, three bags full, sir, takes racing in the State nowhere.

Not that racing in Victoria is exactly out of the woods and which is why the sport needs a Hunter S Thompson of gonzo racing journalism to ask the hard questions. 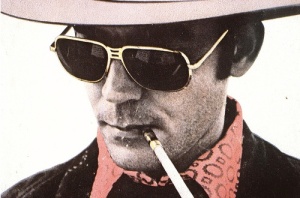 For way too long, race-goers have seen many in the racing media lob pansy balls at those with whom the buck stops and have never questioned many of the weak-kneed dreckola answers.

It’s not about spending money for the sake of it and for a photo opp.

It’s about spending it wisely to upgrade and enhance the very rudiments of racing. The basics. The bells and whistles can wait until the structure is in place.

If not, it’s like building an opera house just to say, Man, doesn’t that look GREAT!

It also means never ever resting on one’s laurels as race-goers are changing, they have other choices, and we’re seeing a ringing out of the old and a ringing in of the new. 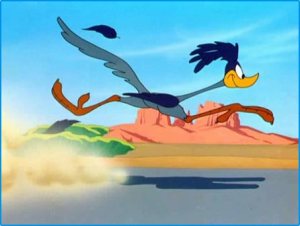 Racing cannot afford to just plod and poke along with pie-in-the-sky thinking along with pokies-induced business plans aimed at twitter or Facebook followings.

Social media is today a vital component of traditional marketing and the latter must be understood by those given these fancy marketing titles and which are mistaken for simplistic promo work. 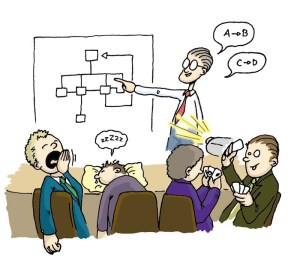 As mentioned before, being an “experienced racing person” these days can be taken two ways: “Experienced” as in old-fashioned and past it or experienced and knowledgable to see and understand Change and how to communicate with different customer segments.

Every time we hear of this and that group of “experienced racing men”- even someone like Sheik Mo- “moving into China”, we laugh- just as we laugh at that white elephant in Meydan. 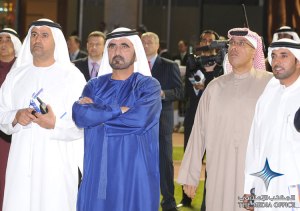 Put all this together with more and more news about Godolphin and other dark secrets from Dubai that will come out sooner rather than later and we’ll see how the once-mighty and other sacred cows have fallen and who are stepping into their shoes. 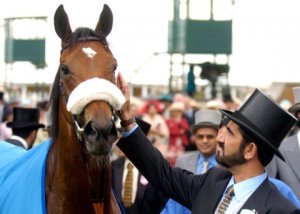 As for those in racing miles away with their third-hand news and ideas of China Dreams, they should all speak to our great friend Dr. Daniel Ng who brought McDonald’s to that market. 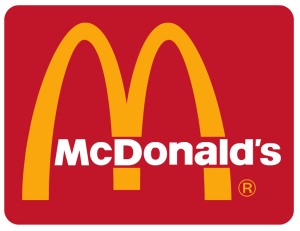 Here was a former NASA engineer who took a punt and bought the McDonald’s franchise for Greater China for a nickel and dime after being told by “experienced” businessmen that Chinese people like rice and not burgers which was why Burger King had flopped in Hong Kong.

Daniel Ng made up his own mind and through astute marketing and common sense, the Golden Arches were a McSuccess in Hong Kong. Then came the expansion plans into China. 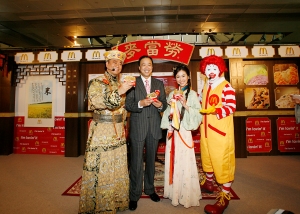 Listening to him explain how China works and how it’s not about what you know, but who you know and even then, who you know might have no clout is fascinating stuff. 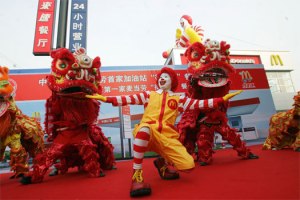 When it comes to racing and the biggest market for the sport- China- the HKJC is lengths ahead in this race, but getting to the winning post isn’t going to happen tomorrow and through pipe dreams. It’s all about reality bites. And reality can turn around and bite hard.

Racing in China will happen and it will happen with those who the China Politburo trusts and who know they can really deliver, have the right teams in place along with a strong contingency plan as there is a great deal of “face” at stake.

Contingency plans, business partners from other industries, always keeping an open mind to the wants and needs of consumers, being able to see the forest for the trees and having a “universe” that is a collective interest in horse racing, sure, but also movies, art, music, literature and The Art Of War is what will separate those needed today for tomorrow to run a racing club.

Like Gerard Mosse would say, it’s what’s needed to separate “ze goats” from those with Group 1 pedigree. 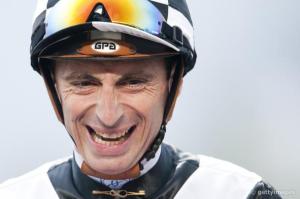 1 Response to HORSE RACING AND THE TOUGH QUESTIONS