GAI AND SINGO, HEPBURN AND TRACY 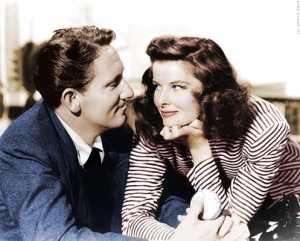 There’s a cloud hanging over Tiger Woods’ comeback which would have been unthinkable some years ago. Finding a new girlfriend, showing he’s mended his errant ways, chipping away and recently winning the Players after three years in the bogey man’s wilderness is stuff of fairy tales- but there’s a sting to this particular tale with doubts emerging about the golfer’s integrity and The Incident On The 14th Hole of the Final Round. 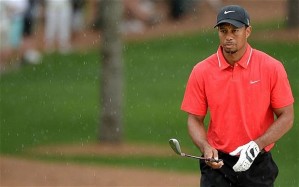 Tiger Woods? A cheat? Surely not? Then again, didn’t we dismiss allegations of Lance Armstrong being a cheat for years?

After all, here was this great American hero who had battled cancer, had singer-songwriter Sheryl Crow for a girlfriend and was simply being hounded for years about using performance enhancing drugs by those silly, jealous French and his rivals.

For years he was asked if he ever were and for years he denied he denied he had never ever been a drug cheat. We believed him and supported him until the truth slapped us in the face.

Suddenly, all those yellow “Lancelets” we wore with pride to support his charity became dirty.

Sheryl Crow left him- what a story she must be able to tell- and Oprah who once fawned over him was now interviewing an admitted drug cheat who still bent the truth even while sitting there with his pants down.

Meanwhile, in the gentleman’s game of cricket, we have seen how easy it is, especially in the 20/20 game and the One-Dayers, to fix a game and where in the sub-continent one can bet on the outcome of every ball bowled.

So, want a bowler to throw down a no-ball exactly in the fourth ball of the eighth over, easy- and it has been done and the cheats caught.

The big question is how many cheats have NOT been caught- in all sports where wagering brings out the rotten apples- and where and how and will it ever end?

The new band of sports gypsies and thieves makes Don King look like a saint and boxing almost legit.

In horse racing, the question of integrity has reared its ugly head many times in the past few weeks and with the Gai Waterhouse-John Singleton circus taking centre stage.

Who made this circus become the comedy of errors that it’s become?The rabid Aussie racing media.

If this weren’t Gai and Singo, household names Down Under, and the other two-bit players in cameo roles, it would have died a death instead of still gasping for air and going on and on until no one really cares and want the whole damn this to just go away.

Again, horse racing is in the front pages around the world for all the wrong reasons and non race-goers are “helping” underline the image of the sport as being a mug’s game.

As for the Gai-Singo sideshow, it will quickly fade away with a few obligatory fines and it will be business as usual with winners for both though the image of horse racing in Australia has been kicked in the nuts and has become a joke- globally.

It’s also business as usual for Lance Armstrong. He has repented to America in front of Oprah and can now get more millions for a book deal and movie Rights for his wretched story.

Tiger Woods will continue to swing and win- unlike Sinatra- big boys Seth Blatter and Bernie Ecclestone will never be caught despite all the charges and talk of bribery hanging over them.

They are way too powerful and with armies of loyalists around the world on their side to protect them from ever being caught at slips.

They are untouchables. And as in any sport or other business that involves big money, even the untouchables have bigger untouchables behind them and so, the corporate financial food chain will not be broken. The rich will continue to get richer.

It’s like Hollywood and the sexual preferences of Tom Cruise, John Travolta and, say many, Will Smith.

Some of us have seen Cruise’s two marriage Lists and who were on them. But there is big money behind Tom Cruise,action star, and though the truth might be out there, it has always been snuffed out. It can never be outed as it would be bad for business.

Looking at all of this and the names mentioned, in comparison, the Gai-Singo horse opera is like one of those old Spencer Tracy-Katherine Hepburn romps- a lovers tiff between two rather dramatic people that should never have received the publicity it has as the plot was so damn razor thin in the first place.

This kinda drivel passed off as “breaking news”- it’s more like breaking wind- should be saved for TMZ and their exclusives on Lindsay, Miley, Britney and Singo’s mate Tara Reid. 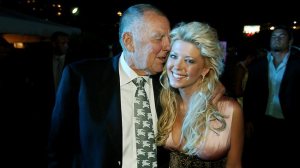 Forget what’s happened in the past and who did what and when as the past is the past and there is no point going back as it will change nothing. 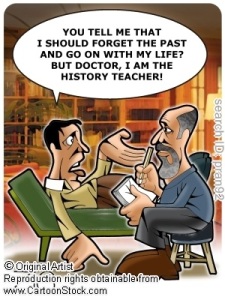 Having said that,THIS enquiry has taken on a daftness all its own. It’s also removed from the glare other racing stories that are far more sinister. 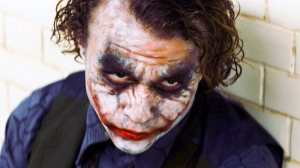 Apart from the doping of the winner of the Tamworth Cup, the speed and quietness in which allegations of race fixing in WA was “solved” by Richard Burt and his executive committee is farcical.

We’re betting this won’t end here and might actually go from “Eastsiders” all the way to Singapore and Malaysia.

It’s a shifty world, one which Mr Burt should know all about from his previous gig. Credit where credit’s due, right?

And so, now what? Storm Le Bastille? Blow the lid off it all? What LID?

If there IS a lid to blow off this surreal version of Guess Who’s Coming To Dinner With Gai and Singo, isn’t this the job of the Stewards and Peter V’Landy’s and John Messara? But will they? Of course not.

Why kill the golden goose who, like the “non-punting stable” of Chris Waller are good for business.

Should we do it for them- make a song and dance that won’t get us two cents? What for? To be stupidly brave?

The days of whistleblowers and investigative journalism ended with Woodward and Bernstein and Deep Throat plus Nixon and Watergate- and Norma Rae.

Where is the return on investment for going out on a limb and “blowing the lid” off anything- and with what army? There’s no one behind you.

What’s in it for you or me? Some disjointed, half-baked moralistic crusade to be like Don Quixote on drugs and fighting half-arsed windmills?

For once, Bowie is wrong- at least when it comes to trying to right the wrongs of the racing industry: There’s no point trying to be a hero for even just one day.

Horse racing- and where there is as much racing as in some countries- is wide open to all kinds of rorts and with even some in racing clubs involved and “rorten” to the core.

Horses being pulled, horse getting off to bad starts, jockeys taking inside runs where there are none, texts sent to those behind the barriers when a big bet has been made, online bookmaker warfare, hacking into accounts etc etc, the list is endless and the solutions to rid these poxes from the sport is wishful thinking and the result of playing with the pixies for too long. 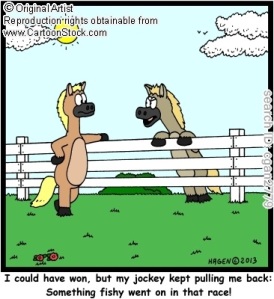 As passionate racing people, what we CAN do is enjoy the ride as much as we can, never fight other people’s battles and do what we can to bring about positive change to the sport by working with the handful of people who see The Big Picture and leave the penny ante shit to the usual suspects who cannot see because of tunnel vision.

That’s the past. The future is not behind you except for learning lessons and never repeating them or having them repeated.