Weather wise it was a day from hell for Doncaster day last Saturday, traditionally one of Sydney’s iconic race days. The Doncaster, has been arguably Australia’s best mile or 1600 metre races. Only good horses win Doncaster handicaps. It boasts a roll call of winners that franks its status.

And yet, Doncaster day just hasn’t been quite the same since it was moved from its Easter Saturday slot a few years ago.

Sydney at Easter, like Melbourne in the first week of November, had a very special buzz about it. The races and the racing and the yearling sales were a potent combination. But that has changed – perhaps permanently. And if Racing NSW throws its eggs into the one basket with the much hyped – “pie in the sky” Breeders Cup concept, the Sydney Autumn carnival will face even bigger challenges in its quest to replicate, even on the smallest scale the highly successful Melbourne Spring Racing Carnival. 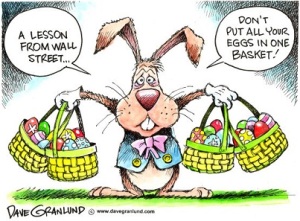 A major talking point at Randwick among trainers, owners and punters was the quality of the race program on Doncaster day. Clearly it was very sub-standard. Take out the Doncaster and the Oaks and some below par black type races, and the card was completely out of whack with Benchmark races, some of which would have been more appropriately placed on a mid week card. 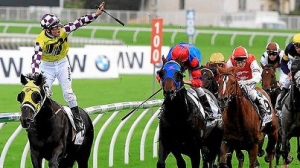 When compared with the Rosehill programs during the Slipper festival, there was no comparison. Rosehill had beaten Randwick by a clear TKO. The quality of horseflesh and the depth of the program was far superior. But despite all of this Rosehill still struggled to make any sort of statement with attendances. And let’s not make a scapegoat of the adverse weather conditions. 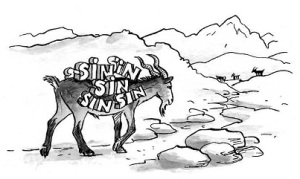 When Melbourne spring carnival days can attract attendances in excess of 80,000 clicks of the turnstiles in abysmal conditions the blow torch surely must be applied to Sydney racing.

It is the challenge that will not go away. Between them the ATC, Racing NSW, Events NSW and whoever else is involved must develop a smart, contemporary and coherent marketing strategy, devoid of the spin that has characterized just about everything that that has seen the light of day in NSW racing. And a red alert for NSW racing administrators – the “50,000 NSW racing participants” are wide awake to the smokes and mirrors that keeps NSW racing playing second fiddle to our neighbours. 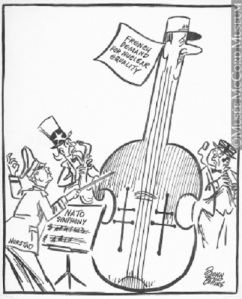 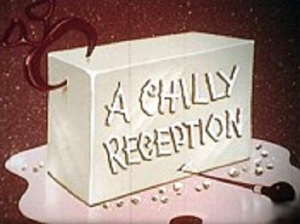 The news that more Kiwi trainers are contemplating moving to Sydney has not been well received by many of their metropolitan and provincial NSW counterparts.

At a time when ownership numbers are shrinking and the stud conglomerates and cash rich owners are being targeted relentlessly by the bigger, powerful and more successful Sydney and Melbourne stables, the medium sized stables and even some of the self styled and so called “big players”, see the Kiwi invaders as a threat, of potentially hijacking owners and breeders from their books.

The successes of Chris Waller and in recent times Bjorn Baker and to a lesser degree John Sargent have set tongues wagging, resulting in a host of Kiwi trainers queuing up for boxes, wherever they are available, to escape the depressed and depressing New Zealand racing industry. 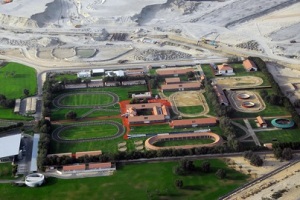 It hasn’t been a good few years for Sheikh Mohammed. First the economic crash of Dubai, the commercial epicentre of the United Arab Emirates, the Arab entity that embraced everything western including the “greed is good” Gordon Gecko mantra, which has seen so many systems and structures come crashing down. The tremors and aftershocks from the Dubai meltdown are still reverberating through the middle east and through the financial and business communities through Europe.

Dubai was always going to be bigger and better than anything the world has ever seen. Even in racing.

The over the top and grossly ostentatious Meydan racing project reflected both the indecent haste and wilful and wasteful spending by the racing authorities, operating with tacit consent from the Emirates’ rulers to massage their outrageous egos and construct a grandiose racing complex totally out of kilter for a racing season which spans less than five full months. 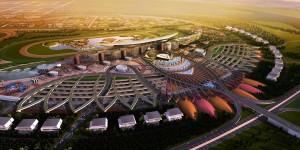 But for the fanatical horse racing ruling family and elite of Dubai, leaving an indelible stamp on world racing led them to the major racing centres in Europe – the UK and France and the US, and more recently in Australia and Japan where they have established a network of breeding and racing and training operations.

Headed by Sheikh Mohammed, or Sheikh Mo as he is commonly referred to in global racing, the Godolphin and Darley racing empires have acquired some of the best racing and breeding stock, together with some of the best expertise in both hemispheres to manage and operate these empires.

From a cultural, spiritual and philosophical perspective, the Godolphin and Darley racing operations had to be above and beyond integrity. They would take no prisoners in this regard, as even the great Frankie Dettori would attest.

Anything that even exuded a whiff of scandal is despised by Sheikh Mo and his family. In medieval times it would have resulted in the most barbaric and brutal forms of punishment being meted out.

Sheikh Mo and his family won’t take kindly to the events this week when their up and coming poster boy in the training ranks, Mahmood Al Zarooni, managed to put the Godolphin name where it never wanted to be – on the front pages of print media and the lead item on electronic media, and on a raft of online and social media sites for all the wrong reasons. 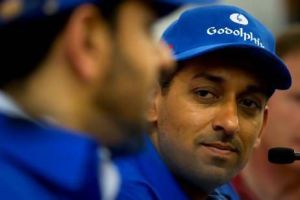 Eleven of Al Zarooni’s Godolphin string of racehorses had returned positives to anabolic steroids, substances which are prohibited – blanket banned if you like, in racing in the UK.

It was a scandal of monumental proportions. Al Zarooni has also fessed up to administering steroids to another four horses who were not tested.

Sheikh Mo moved equally quickly and shut down the stables from which Al Zarooni trained from until an exhaustive series of blood tests and doping samples are undertaken and the results conclusively demonstrate that all horses are completely free of any prohibited substances.

He really had no option – the British Horse Racing Authority imposed a six month ban on all horses stabled at the Al Zarooni complex.

Sheikh Mo was quoted as being “appalled” and “angered” at the news. He has issued a detailed statement and public apology over the scandal. Al Zarooni has fessed up to a “catastrophic mistake”.

Al Zarooni has nowhere to hide. Anabolic Steroids are prohibited in and out of competition. Unless he can pull a rabbit out of the Arabian Desert, Mahmood Al Zarooni is fucked. Big time. He may be advised to seek refuge anywhere other than the Middle East.

For the Godolphin operations, the steroids scandals opens a pandora’s box of questions.

In a bizarre and amazing twist, Al Zarooni was fined 2000 pounds in August last year when urine samples taken from two of his horses were found to contain banned substances.

Surely, that should have sent alarm bells ringing right across the Arabian Desert and in Dubai in particular.

But for whatever reason, Al Zarooni appears to have ignored the very obvious flashing red lights that were being high beamed on his stables.

And can someone also explain what procedures were put in place by Godolphin to ensure drug scandals such as this with the anabolic steroids were to be prevented?

Did Al Zarooni act on his own or were others in the Godolphin operation complicit? And for Al Zarooni to plead that he was unaware of the rules regarding the use of anabolic steroids in UK racing is insulting the intelligence of every single person in UK racing and for that matter racing globally.

The “Sergeant Schultz” defence just does not wash. Is Al Zarooni “taking one for the team”? 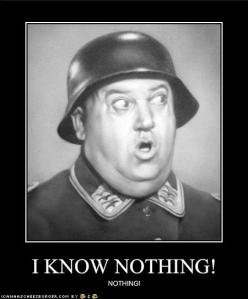 For Sheikh Mo and Godolphin, it is a massive loss of face. The Godolphin brand is trashed. Sheikh Mo and his family have moved swiftly into damage control.

Sheikh Mo has also announced a complete review and revamp of his racing and training operation. So he should. And Sheikh Mo must come clean on whether there are others in the Godolphin operation who were part of this scandal.

His place, position and investment in UK and global racing demands that these questions are answered.

He has made powerful statements and backed them up by boycotting the Breeders Cup because of their drug and medication rules.

If it means a complete clean out or partial clean out of his UK operations then it must be done. It would be an act of gross hypocrisy and contemptuous of UK and world racing if it were not to happen. It would come as no surprise if Godolphin casts the net far and wide for new faces for their trainers and for their operational management at all levels.

It just hasn’t been a good week for drugs in racing.

Hot on the heels of the Godolphin steroids scandal in the UK, Sydneysiders picking up their Fairfax and News Limited dailies were greeted to the headlines that three of Chris Waller’s horses – Arinosa, Seuss and Jade Marauder had returned post-race positives to the anti-inflammatory drug Ibuprofen. The races were won by the Waller trio during February and March.

Ibuprofen, one of the main ingredients in such common over the counter medications – Nurofen and Advil, has reared its ugly head in several positives in racing in recent times.

In this most recent case with Chris Waller, it has been suggested that the ibuprofen may have found its way into the system of the three horses through a contaminated feed from one of Waller’s feed barns.

According to both newspapers, Stewards have sent several samples from eleven manufactured feed containers from Waller’s feed barns for analysis, as well as non-race day samples from seven of Waller’s horses.

It has also been suggested that the feed manufacturer will provide evidence that the ibuprofen may have found its way into contaminating the feeds from another product being manufactured by the same organization and which contains ibuprofen.

Interesting. Can someone explain what an anti-inflammatory substance like ibuprofen was doing at a feed manufacturer? 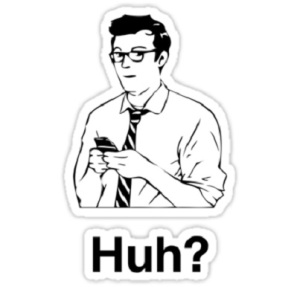