If there was a clear message from last Saturday’s “claytons” opening of the work in progress at Sydney’s premier race track – Royal Randwick- it is the absolute necessity for a very carefully constructed professional marketing strategy to be in place when the ATC and Racing NSW do their “dance of a thousand veils” and this wonderful racecourse resumes its proper place in Australian racing.

But if the feedback from last weekend’s Black Caviar Day is any guide, both the ATC and Racing NSW have a massive challenge ahead. It is hard not empathize with the ATC. They simply are cash strapped to undertake any worthwhile, meaningful, modern and unique marketing and promotion campaign.

The ATC becomes puppets and have to just lie there, has its nuts squeezed and strings pulled by the puppet masters.

The major concern for the new Randwick and the ATC was put succinctly last Saturday by some very prominent NSW racing movers and shakers.

It simply revolves around a return on investment on the new parade ring aka the “Theatre of the Horse”. 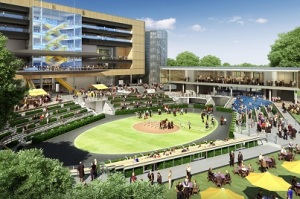 Theatres which are empty or half full send a very powerful negative message to “theatregoers”. And with the disconnect between the winners enclosure being located in the parade ring and not in the front of the stands deprives the moments of victory, which are so much a part of racing and one of racing’s USP’s.

Randwick like any other major Australian racetrack is uninhabited for the best part of each year, carnival times or “Black Caviar” moments being the exception.

The magnificent parade ring at Shatin works so well because it is populated at every race meeting. It sends a clear message to both racegoers and no-racegoers alike.

The message is simple and appeals to a basic human frailty – the herd mentality.

Instinctively, if the herd gathers, then there is a very powerful reason to be there. It is why the AFL and NRL are so popular. It is why Happy Valley racecourse on a Wednesday night looks and is spectacular. It’s people power at its best.

It is why the Melbourne spring racing carnival works so well that it financially underpins Victorian racing for a whole twelve months each year.

Imagine, empty open spaces, sparsely populated, which are Australian racetracks each weekend for a significant part of the year? Hardly the carrot for wanting to be part of the action.

It’s the Everest-like challenge facing the ATC and Racing NSW.

The “theatre of the horse” is great spin, its ostentatious and evokes illusions of gladiator movies and grandeur, or should it be delusions of grandeur?

And yet, despite all the spin from just about every sector of racing in NSW, the reality is that the new Randwick will be a litmus test for racing in this State. It cannot afford to fail.

Yet, we suspect that one particular powerful racing body in NSW may just hope it can use any such opportunity to further its grip on ultimately controlling ALL of NSW racing. And that would be a tragedy for Australian racing. 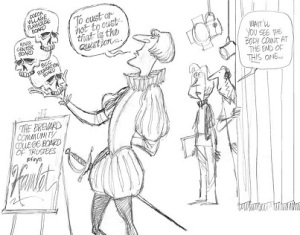 IS RACING IN CHINA AWAKENING FROM ITS ENFORCED SLUMBER?

It’s being talked about and talked about for the past twenty years or so, but all that talk has proven to be little more than idle chatter, wishful thinking perhaps by many on the outside looking in. And who can blame them? It’s the oasis in the desert- the flower that is waiting to bloom.

There’s been Wuhan, Beijing, Guangzhou and many other cities which have either put their hands up as the frontier for horse racing in China, or being promoted by vested interests as being the venue to kick start the horse racing in the world’s number one super power. 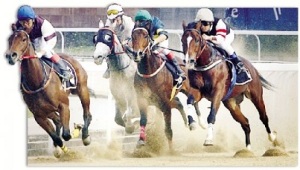 Whilst all of these attempts have turned out to be little more than false alarms, it appears that details emerging of the arrangements and memorandum on understanding between the Irish and Chinese Governments, and, specifically, the partnership between Irish racing and breeding conglomerate Coolmore and the Chinese Government owned Tianjin State Farms Agribusiness Group and Desert Star Holdings, an affiliate of the China Horse Club, will see a racing and breeding industry established in China. 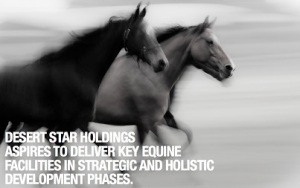 And it will possibly happen sooner than anyone cares to think – as do most things in China and Asia in general.

The Tianjin equine Culture City project, as it will be called, claims to be the centre and host of the world’s newest and one of the biggest racing and breeding operations in the world. It is already under way – the first of its kind in China, and, significantly, involves Chinese Government involvement and imprimatur with horse racing, in a joint venture with an overseas partner.

Horse racing In China will shake the foundations of the sport, globally. It has the ability to, and in time, will change the face of racing everywhere forever.

A racing and breeding industry of the magnitude of what is proposed for Tianjin will shift the epicentre of horse racing away from its traditional homes in the northern hemisphere in Europe and the US to the Asian subcontinent – to China. And it has massive ramifications for racing in the region as well.

The Chinese Government has sent a loud, clear and very powerful message that it and it alone will be the master of its own destiny in thoroughbred racing in its own backyard.

The financial costs associated with the Tianjin project will be considerable, but realistically and without trivializing it, the estimated figure north of US $2 billion is loose change given the considerable wealth that the world’s economic powerhouse and super power continues to accumulate and budget for mega projects.

With a site reportedly exceeding 3 million square metres to house an extensive network of infrastructure and support industries and facilities, the Tianjin project is massive and potentially and eventually spawn a stand alone industry in China.

The chairman and public face of Desert Star holdings – Teo Ah Khing’s design and construction company, TAK Design- an unfortunate name- was responsible for the design and development of the world class Dubai racing facilities at Meydan.

His exclusive membership-based China Horse Club flexed its muscles and had the recently concluded Inglis Easter yearling sales buzzing with their multiple purchases of some of the best bred horses in the catalogue at the highest priced end of the buoyant sales market.

The colts will race in Australia and be spread among some of the top trainers in Sydney and Melbourne with the option of transferring some of the successful and potential stallion prospects to the UK to establish their dual hemisphere credentials. Some will find their way to Tianjin as foundation stallions in China.

This time, it appears, China will have a racing and breeding industry. And it will be carefully planned and constructed with no expense spared. And racing will never be the same.

BLACK CAVIAR: SHE WAS SIMPLY THE VERY BEST.

Never before has the retirement of a champion racehorse occupied colour front page headlines and accolades. Black Caviar’s retirement, bringing to an end her 25 win unbeaten sequence of wins, fifteen of them at Group One level, including her last eight in a row, and breaking every racing record associated with racing at the highest level, generated the sort of publicity and headlines previously never associated with racing.

It is probably in this context that her legacy is so different from any other champions of the turf.

Black Caviar’s champion qualities were not just unique to the race track. She was larger than life. Her greatness off the track is unchallenged and will never be disputed.

She was Australia’s hero of heroes- -and heroines. She transcended racing and gave a unique meaning to the phrase “an icon of the turf”. 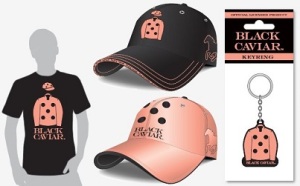 Just as she did in Australia, Black Caviar evoked and then demanded interest and attention from the unlikeliest demographics in far flung places across the globe.

Like Bradman, Black Caviar’s record will never be broken. Like Phar Lap, she will become part of the vernacular.

In a fitting tribute, Australian Prime Minister Julia Gillard paid her this compliment: “We’ve never seen the likes of Black Caviar before and I don’t think we ever will again. It’s perfectly fitting that the perfect horse retires with the perfect record”. She could not have put it better.

So as “Nelly”, as she is affectionately known by those closest to her, closes an amazing chapter in the history of Australian racing, we can reflect on what an absolute privilege it has been to witness her greatness first hand. And to borrow from Tina Turner’s all time standard, Black Caviar was “simply the best, better than all the rest”.

The pathetic verbal and physical altercation between sisters Nikita McLean and Jackie Berriman and the subsequent five month suspension of Nikita by stewards is not the sort of publicity racing needs.

And to think it was all over Nikita’s estranged husband – jumper and jumps jockey Brad McLean- tells you something about the parties involved and, especially, many of the younger Aussie jockey generation as well- most of whom are like rudderless ships and yobbish losers.

The most comical thing about the farce was Nikita McLean’s response claiming Racing Victoria should have posted security in the vicinity of the female jockeys room to prevent such altercations.

Sorry Nikita, you are dumb, dumb and dumber. Sort your pathetic domestic soap opera travails away from the racetrack and spare us the blame game that you are playing with Racing Victoria.

If you can’t behave like an adult and continue to bring racing the headlines that it does not need, then find yourself another occupation. Or hire a bodyguard.

2 Responses to THE MUPPETS, PUPPETS AND CHINA SYNDROME ISSUE