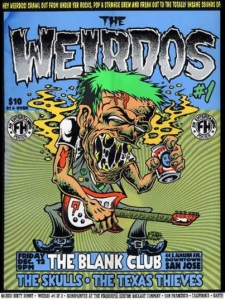 THE JOKE’S ON YOU, DANNY BOY!

Reading the piece on Melbourne’s own “Mr Arrogance” of Racing – Danny O’Brien in that city’s News Limited Herald-Sun’s Inside Racing column last Saturday, could lead one to believe that he was auditioning for a life after racing. As a comedian. Coincidentally the Melbourne Comedy Festival is in full swing.

Titled “Hong Kong wrong”, Danny O’Brien “scoffed at growing talk he is Hong Kong bound”, according to the Herald-Sun.

“I’ve had a half a dozen inquiries in the last three days asking about this. It’s just a typical example of the racing rumour mill. I can assure you there’s no truth in it. My wife would kill me if I suggested we pack up for Hong Kong. It’s flattering but it’s not true”.

Hong Kong ? Well, nice try, Danny boy. Nice bit of spin and it doesn’t hurt to be looked over, does it mate? Come to think of it, you’ve had a fair share of the headlines recently, mate, and not all good ones either. Get the drift? We’ve heard all the shit, even across the border where the Sydney trainers including some of your mates have engaged in some interesting commentary on who is spreading what and why. Melbourne is no different from Sydney, is it Danny when it comes to trainers bagging each other unmercifully and trying to “pinch” each others’ owners and their horses” They play by the rules of the gutter so well.

In any case Danny boy, and you may not like to hear this, no one gives a fuck if you go to Hong Kong, as remote as it might be. 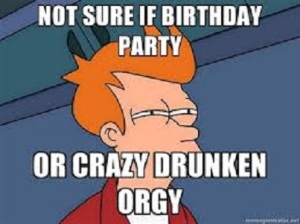 Just for the record though, oh, Danny boy, the inconvenient truth is there are much better credentialed and more successful trainers, globally, and even “down under” who would be way ahead of you, actually in leaps and bounds, who have registered their interest in training in Hong Kong. And that excludes those that are high on the Jockey Club’s wish list, who would be walk up starts if they gave the Club the green light to move to Hong Kong.

And Danny boy, you may not like to hear this, but your former “bestie”, Peter Moody would be one of those who would have the red carpet rolled out if he told the Jockey Club that he was ready to make the move. 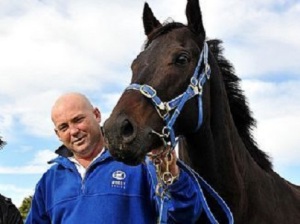 (Source: Where I Live)

What we would really like to know is who cranked up the rumour mill? Lucky 88 perhaps? Like they did with the malicious blogs about Michael Duffy, Damien Oliver and Peter Moody and the Stewards.

And just for the record what is your take on the rumours and garbage that has been peddled? Interesting connection, isn’t it? 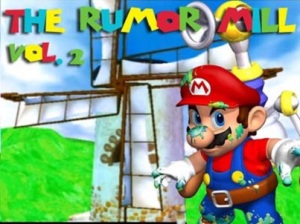 And on the subject of Peter Moody, your comments on racing’s rumour mill resonated loud and clear.

The racing rumour mill has been in overdrive since last year with some of the most malicious and slanderous commentary on “Moods”, commentary which we, like many others; will not dignify by regurgitating them here or elsewhere.

Rumours which seem to be given plenty of oxygen on and off the track by some well known high and low profile Flemington trainers and sycophants associated with one particular “tower”.

If some of the wimps in high places at Racing Victoria had any “balls” they would call these guys in and ask them to show cause for bringing racing into disrepute. But they wont.

Getting back to the racing rumour mill, Danny boy, as someone who has first hand experience of the shit that was bandied about when two of your horses were held back for post-race testing, you must surely empathize with your former “bestie”, good old “Moods”, wouldn’t you? 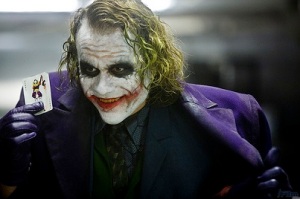 IT ALL ENDS IN TEARS FOR TINKLER 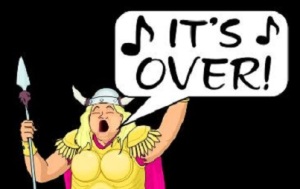 Nathan Tinkler’s exit from racing was inevitable. It was also a long time coming. It’s just another shining example of how egos can be toxic in racing. Among owners, trainers, jockeys, breeders and even administrators.

It would be a gross understatement to describe Tinkler as a man in a “usain bolt” like hurry to be not just Australia’s most potent force as an owner and breeder, but globally as well. The US, Europe, Japan and Asia were all on his radar. And his misplaced ambitions were not just restricted to racing. Rugby league was another. And let’s not forget his short term ambition was to be the Gina Rinehart of mining in south-eastern Australia.

Tinkler was a regular human headline. He famously hired and fired good and bad people and locked horns with the best and worst in racing. 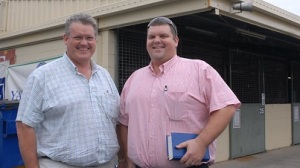 But the demise of Nathan Tinkler is not a lunar eclipse type occurrence in racing. There have been many before him and many after him, but perhaps not as spectacular.

Tinkler, we suspect had no business model. His ambition was crude and very bogan. He had made a shit load of money and was seduced and driven by his desperate need to have the neon lights flashing his name all over Australian racing, sport and mining, and even overseas.

His so-called good mate John Singleton, who is well into the veteran stage these days, is one of the few high profile racing people in Sydney who has not joined the out of control frenzy among the racing powerbrokers to sink the well loaded boot into Tinkler.

No surprise at all given Singo’s undisputed hold on the title of being the maverick of NSW racing. 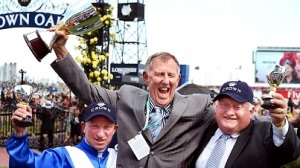 The demise of Nathan Tinkler in the Australian racing landscape may not be permanent. If he can sort his shit out in the still lucrative rivers of gold flowing from mining, a return to racing is almost a fait accompli for the big man.

It will be a different Nathan Tinkler though, a Mark II version, not necessarily chastened, that would be a bridge too far, but a more planned, calculated and very much commercially oriented Patinack operation, which, ultimately, could actually be good for Australian racing. Could.

Had Nathan Tinkler adopted a more evolutionary approach and strategy to building his racing empire, it surely would have been a different story. But volume one has been written and published.

We can’t wait for the sequel- whatever this might and where other players could be Aussies and powerful locals minting mines in Mongolia and Malaysian businessmen who already have more interests in Oz racing- including jockeys- than many know- especially in Perth.

Let’s just hope, no one sees the name Bruce Stinson popping up here, too. The man is everywhere and always with schemes and things which makes us shudder and others flee at the mere mention of BS. And here lies a new story. 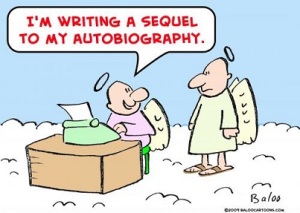 Let’s hope John Yuen doesn’t change his mind again and put Good Ba Ba back into work, with another trainer. This Confucius believer and feng shui devotee is so prone to bizarre changes of mind and heart (does he have one?), that absolutely nothing would surprise.

The announcement that Good Ba Ba had retired, finally, and would spend the rest of his days at Living Legends retirement facility for high profile and champion retired racehorses should have been done about three years ago.

Instead we have the legacy of this great champion racehorse, and one of the best Hong Kong has ever produced, trashed.

Poor old Good Ba Ba has had to endure the frightening prospect of a racing career in Macau, of all places under the care of the theatrical Gary Moore and then being transported to Australia where he turned up at the Melbourne stables of the septuagenarian Rick Hore Lacy where he had three or four starts and finished up several suburbs away from Black Caviar at his most recent start. 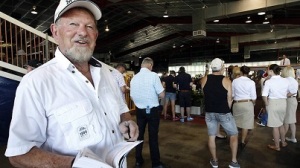 To their eternal shame, connections put this great champion racehorse through an ordeal which any person with even the most flickering flame for a racehorse of Good Ba Ba’s stature would have chosen not to.

Thankfully, if John Yuen sticks to his word, Good Ba Ba will spend the rest of his days with mates like Silent Witness, Might and Power and a host of other champions of the Australian turf. He will be in good company.

Good Ba Ba gave so much pleasure to so many he deserves a good home in retirement. In Living Legends he has found one. 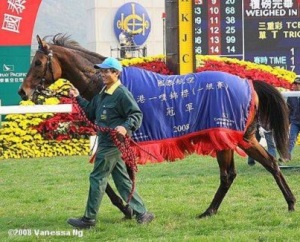 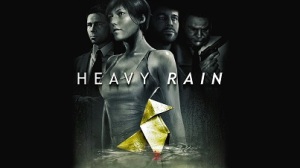 (Source: I Am Your Target Demographic)

The heavy rain which has regularly put a curse on Sydney’s Autumn racing carnival has struck again.

If the forecasts are as accurate as they have been so far this week, then we can expect the rain to reappear on Saturday and undo the impact of the Friday sunny and mild conditions.

The race programme is one of the best that a Sydney autumn carnival has presented for many a long day, and it is just a crying shame that it will be marred by the predicted rain and heavy conditions which could wreak havoc with form and ultimately with the results.

Rosehill can be treacherous when it is wet and particularly after three consecutive weeks of racing and wear and tear on the track.

The Slipper, the third last race on the program, could, under such conditions, be run on a very heavy track which inevitably throws up “lanes” with very uneven going.

Pity, despite all the bullshit and spin coming out of Druitt Street, Sydney racing needs all the breaks it can get. Perhaps the weather gods are getting even?