WHY AND HOW RACING NEEDS A FACELIFT

Perhaps it’s the weather, perhaps it’s that time of the month, perhaps it’s our fault for reading all the hardcore twittering about racing and the punt, punt, punt, but a group of us were thinking how bored we are becoming of the sport and the same old names being trotted out like some Tibetan chant on repeat. 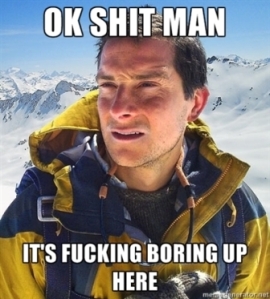 It really is fucking boring and just so repetitive that it’s almost enough to scream out, GET A LIFE or do a Howard Beale and go bonkers.

One has to wonder what was going through Paddy Chayefsky’s mind when he wrote this screenplay and speech which continues to be relevant.

So, we were thinking, how can we press REFRESH or even press DELETE and give racing a new kiss of life, bring the sport into the 21st century and make it as entertaining and exciting as other sports- and we don’t mean that cacophony of sound and over-the-top visuals at Meydan either.

That was Sheik Mo’s personal acid trip and showing the rest of the racing world that he has the biggest dick and is actually Sheik Yerbouti.

No, let’s look at how it has now become de rigeur of marketing by all racing clubs to aimlessly bung in some ‘live’ music and think this makes horse racing hip and groovy like the psychedelic Sixties.

Music at the races is a baby step- and if these baby steps are not made to grow up quickly, initial momentum will be lost, crowds will get bored and racing will continue to crawl for a slice of a dwindling consumer pie.

The $64,000 question is, What’s Next? How does one take this music and the start of all the other good stuff at the races further and not just overpay some well-known act so their fans can see them and then go home without even watching a race, let alone betting on one. 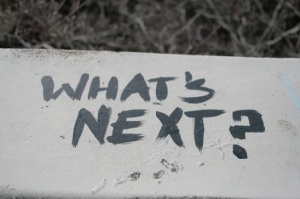 And here still remains the BIG rub: The Millenials or whatever they are now labelled and who every industry is trying to inter-act with still have no idea how to bet and are INTIMIDATED by this, and, rightly or wrongly, feel ALIENATED as if not belonging to the Masons or The Fight Club. 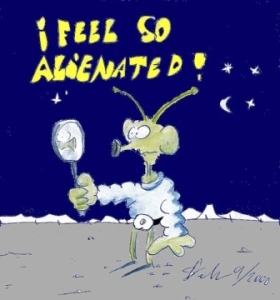 There is a Fear And Loathing of Betting- they hate the word- and no “racing specialists” or pedestrian horse racing show produced by those who can put these shows together in their sleep- and probably do- are boring, boring, boring- even to the most seasoned punter.

As for this trend towards depending on “social media” as some panacea to cure all ills and the hiring of the new scam called “social media gurus”, this is another way of saying, “I don’t know what the fuck I am doing so let someone else do my job for me. If they fail, it’s not my fault.”

Social media needs creative CONTENT to work. It’s not some exacting science nor is it sending out some bland tweets that make “tweeple” read them and go, Eh, what a buncha boring old farts.

There is very little accountability in many racing clubs. There is also little team work and is often a ponderous game of petty politics played by intellectual midgets.

It’s executives pretending to be working so damn hard and with serious job responsibilities yet disappear for months and huge mistakes are brushed under the carpet so that The Big Guy never finds out.

What type of leadership is this? What type of example is this to the poor underlings who are looking for some sign- even a smoke signal from Camp Tittikawa?

What are these execs bringing to the table other than yet another presentation when the previous ones have yet to see the light of day or have been binned?

It’s all a con and it’s pure, unadulterated bollocks.

Real men eat quiche and real marketing is a 24/7 creative job- in any industry- and gawd knows the racing industry needs it. 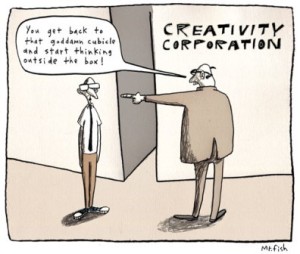 It’s gotta be more than panels of talking heads agreeing to disagree and some loudmouth thinking that being boorish gives them “cred”.

Frankly, even having the lovely Francesca Cumani appear as a panelist on these racing shows does nothing anymore.

It’s just more of the same and like listening to the same punchline over and over again. It’s tedious.

Ms Cumani’s Winning Post show on CNN is good, but what’s the channel doing to promote this to an audience who doesn’t even know it exists?

How many sponsors does it attract? What’s next? More of the same?

Hell, why not think outside of the box and have the balls to get Joan Rivers, Kelly Osbourne and dear George with someone fun like JoJo McKinnon and create a horse racing version of The Fashion Police?

Joan Rivers interviewing Lady GaiGai will be priceless. It will win the show an Emmy and give horse racing some humor. Jeez, it’s all so serious! 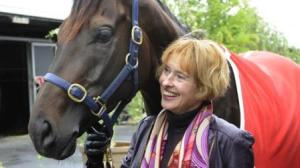 Now don’t say a program like this will not give horse racing the shot in the arse it so dearly needs?

Don’t say this will not be welcomed by the dyed-in-the-wool punter and those Millenials who are the future of this industry and others like the music industry that is plodding along with blinkers on and pissing off their artists- creative artists who see their “masters” today and laugh.

Can, for example, a music executive work or deal with someone like a Jay-Z, a Radiohead/Thom Yorke or a Damon Albarn and create a product like Gorillaz? 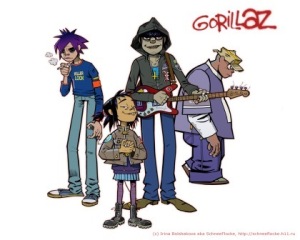 This is the other thing with horse racing: The coming together of racing clubs, jockeys, trainers, owners and sponsorship.

Frankly, sponsorship of horse racing and how to provide brands with ongoing and sustaining campaigns is either non-existent or not working.

Every sponsor today wants “added value” as there are layers and a head office that needs to be sold on every aspect of marketing and how their money is spent.

A one-off race day, no matter how successful, is not good enough.

Like Oliver Twist, sponsors want more. But get sponsors to trust you and- boom- there are new business streams, a sharing of consumer data, and bigger marketing budgets to take horse racing where it’s never gone before- and with also a new brands who will look at the sport as being more than some very old boys club that’s getting older every day.