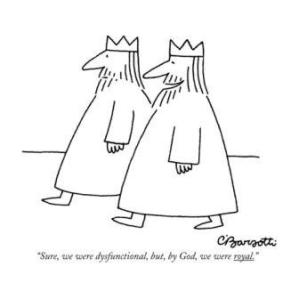 The proverbial “tipping of the bucket” on TVN by Chairman in waiting John Hartigan comes as no surprise whatsoever. The composition of the new TVN Board and its implications for both TVN and the Australian racing industry has been the regularly editorialized in this blog since the new structure was floated and speculation began and was later confirmed as to the composition of the Board.

And no, its not a case of “I told you so”, but the structure and composition of the new TVN Board was and still is a dysfunctional disaster waiting to happen, except that it has now happened, and was always going to. This whole dysfunctional TVN saga is a chilling replica of what is daily occurring in Canberra with the Labor Party and the disastrous Federal Government. 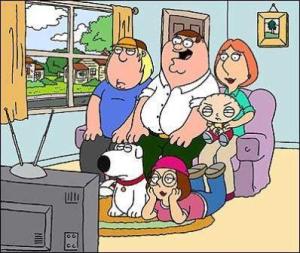 Eventually it has to have an ends point and one can only hope that Hartigan’s initial jilting of the Chairmanship, will actually cause the TVN Board and the Race Clubs that own TVN to say enough is enough and parachute the one individual who is single handedly trying to undermine TVN and impose his rules on TVN and oust those that refuse to bow to his agenda. We all know who he is, and until he is parachuted out of TVN , it will continue to operate in an unprofessional and dysfunctional manner.

Pity because there are genuinely entrepreneurial and commercially astute minds on the TVN Board, and from what we are told ,John Hartigan has the blessing of ex-TVN Chairman Harold Mitchell, one of the most successful advertising and entrepreneurial individuals in the Australian media landscape. Hartigan who ran News Limited in Australia on behalf of Rupert of Murdoch for many years and managed to keep News Limited Australia on a different path in comparison to some of Rupe’s disgraced British tabloids, would have been the ideal choice to lead TVN out of the wilderness that it had chosen as its home by some extremely dubious and dodgy commercial decisions which have undersold by many, many millions, the value of its IP. 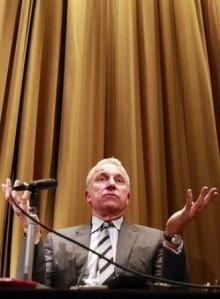 The mail we are getting, and unlike the stuff that is leaked out of the TVN Boardroom, this is as far away from TVN as the horizon is from the reach of us mere mortals, is that John Hartigan might be persuaded to change his mind if the TVN Board, and by extension, the Race Clubs who own TVN can get their act together, isolate the one bad apple in the TVN tree and exorcise the partisan and divisive political game that is being played. And from what we are also hearing, this particular “bad apple” is pushing very hard for his “toadie’ from another racing code to become the new TVN CEO. This is such a puerile and offensive suggestion, it alone should be sufficient to question the credentials and suitability of the “bad apple” to remain a Board member of TVN. 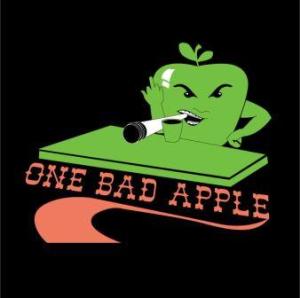 Surely it is time for the ATC, the three Melbourne Race Clubs, and the two Chairmen of Racing NSW and Racing Victoria to lock themselves in a room and sort this mess out. Racing cannot afford this dysfunctional circus any longer. 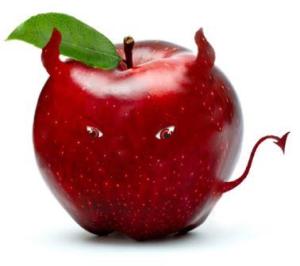 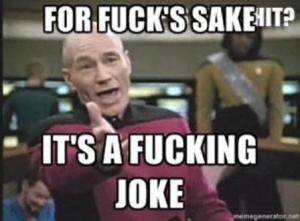 Reading the ARB press release and media reports about the staggering upgrade of FORTY, that’s right 40, stakes races by the Australian Pattern Committee, was very much like a premature April Fool’s Day joke.

Leaving aside the fact that it was unprecedented, it clearly calls into question the credibility of the Australian Pattern Committee and the almost comical reasoning offered by Committee Chairman Alan Brown for the upgrades.

“Although the volume of races is unprecedented, it is a one-off as a result of Australia adopting the protocols of the Asian Racing Federation and a reassessment of the pattern being undertaken”, Brown is quoted as saying. 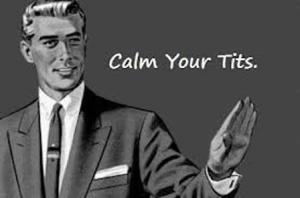 Cut out the crap, Alan. Don’t go pointing your index finger at the Asian Racing Federation. Tell like it is mate, “a reassessment of the pattern being undertaken”. And please don’t fucking try and tell us that the Breeders, and, specifically, the powerful Hunter clique don’t have their fingerprints all over this.

Just have a look at the number of fillies and mares races that have been upgraded. It’s a fucking giveaway. Is it any wonder the corks have not stopped popping from bottles of Krug at all the big breeding operations in the Hunter since the announcement?

And Alan, what you failed to tell the world is just how difficult it is to have Races downgraded once they have attained Group status. Aren’t there three cautions issued? And doesn’t this generally result in a cash splash at such races to improve the quality of the races on “Death Row” and a stay of execution? 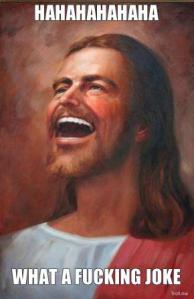 Brown then goes on to give the Committee a pat on the back for “adopting even stricter benchmarks than those set down” and “accurately reflect the strength of sprinter/milers in the world”.

Whoopi bloody do! Throw away the calculator, Alan Brown has done it all for you. Surely you’re not trying to tell us that to keep within this fucking pyramid that your Committee has built, races have been upgraded to preserve this ludicrous numerical protocol?

Trawling through some of the 40 races that have been upgraded, some of these races have never been heard of, so you can well imagine what quality of fields they have had over the past several years. What happened to quality being the single factor in determining Group and black type status? And mate we’re giddy from all the spin which seems to come out of Racing NSW, it appears it has now infected the Australian Pattern Committee. 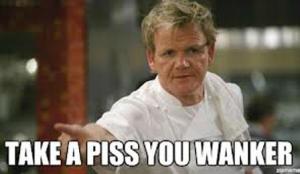 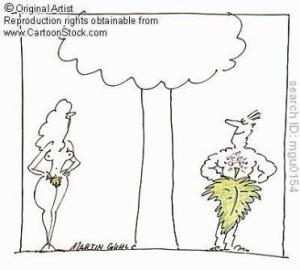 It was not all that long ago when field sizes in metropolitan NSW were so low that one wag described them as being “lower than the basic wage”. Not anymore, NSW has lost exclusive bragging rights for low field sizes. Take a glance across the border at Victoria and clearly the disease is contagious. Victorian metropolitan field sizes have taken a nosedive to resemble some of the woefully small Sydney field sizes, and there are major implications for the racing industry in both States.

It is an accepted fact that larger field sizes directly spike turnover, which ultimately flows back to the racing industry in returns from the pari-mutuel partners in both States. Ironically one of the arguments put forward by Racing NSW about increased field sizes being directly related to prize money, just has not materialized. All the “spin” about protecting the livelihoods of the “50,000 participants” by jacking up metropolitan prize money has proven to just that- SPIN!

The reality is that racing has finally reached its absolute saturation level. The foal crop is declining and will continue to as breeders exit the industry; Australia’s economic boom has hit speed bumps and will continue its roller coaster ride, which directly impacts on investment in racehorses; trainers are continuing to leave the industry, broke and disillusioned; and the most pertinent point for the last: sports betting like the Queensland cane toads are devouring increasing market share from racing in the wagering market.

Rather than throw millions of dollars into prize money, Race Clubs and Governing bodies would be better off killing off some of the escalating costs of racing – like all the fees and charges and rents and associated costs which contribute to make racing prohibitive and out of reach of many in the community who would otherwise be tempted to buy into the sport.

Sadly little if anything will change while the spin doctors and their oversized egos 5take them on a prize money race with each other. It’s racing’s very own quirky form of penis envy. 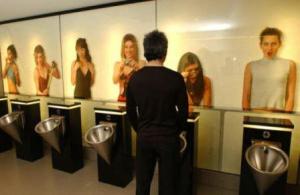 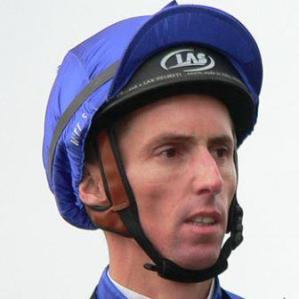 It was just two weeks ago that we editorialized about Nash Rawiller’s woeful record of suspensions. For someone who many in NSW believe is Sydney’s premier jockey, it is just not good enough. Nash is a serial offender and these piddly suspensions are clearly being given the two finger salute by the jock- someone we think is a great bloke.

Isn’t it about time Ray Murrihy and his panel got serious about his riding record and gave him a longer term suspension? Imagine the impact of the interference caused by Nash Rawiller’s mounts to other horses, some which have had their chances of winning a race completely ruined? 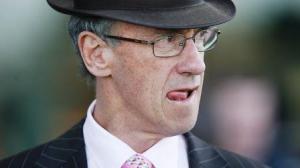 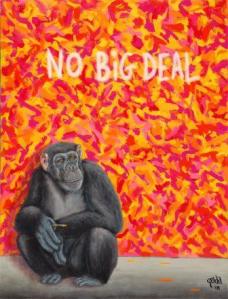 The mail among some of racing’s fourth estate in Sydney is that a former NSW racing journo is about to leave his “post” in Hong Kong and return to the big smoke in Sydney. Possibly to one of the News Limited rags. If he does, it will hardly be a loss to Hong Kong racing.