CO-MINGLING’S STING IN THE TAIL FOR AUSTRALIAN RACING

It is the ONLY financial saviour for the once financially secure industry thriving on the back of regular wagering growth and, despite what the industry would have you believe, a reasonably “friendly” taxation regime, and in Victoria’s case, a 12 year bonanza from a mandated surcharge on the gaming industry swelling the coffers of the Victorian racing industry.

But that has all changed. Permanently. Not just in Victoria but in every Australian state where wagering revenue is under siege on every front – from the surging growth of corporate bookmakers, to sports betting to gaming. It is a triple pronged assault.

The once sacrosanct pari-mutuel racing industry wagering partner – Tabcorp and Tattersalls- are no longer the only game in town. And they never, ever will be. They are going, going, gone with few takers.

The inconvenient truth and harsh reality for Australian racing is that under the current framework, the REAL financial benefits of co-mingling with the massive Hong Kong wagering pools will not flow directly into the coffers of the Australian racing industry, the race clubs and racing administrations and, ultimately, into the pockets of the participants through prize money. 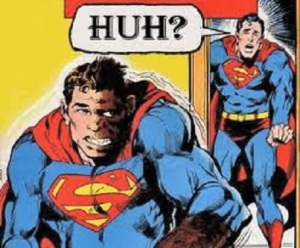 No, the financial proceeds of co-mingling WILL be shared with Sky Channel!!! 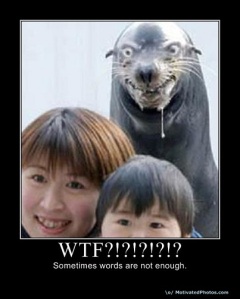 Yes, you are reading it right. And who owns Sky Channel? Did we hear someone say Tabcorp?

And why does Sky Channel (read Tabcorp), get to share in this bonanza? Because they own the international rights to racing vision. Get it?

So when co-mingling with Hong Kong becomes a reality and the mind boggling (by Australian standards) seven figure sums head towards the land down under, the tentacles of Tabcorp through Sky Channel will cannibalize the proceeds.

It is no different, philosophically, to the gratuity that Tabcorp was “gifted” through the agreement into perpetuity in NSW for cartoon racing for which NSW racing received an embarrassingly financial pittance based on the highly dubious notion that NSW racing was in such financial distress that it had no option but to cash in on a potentially lucrative asset, at a giveaway price.

As we understand it, the agreement with Sky on international racing vision was signed sealed and delivered well over a decade ago. And clearly Tabcorp has not just outwitted and totally outmanoeuvred the Australian racing industry, it has well and truly stitched it up. It well and truly holds all the aces. 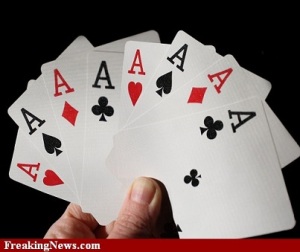 That little voice inside our heads tells us that somewhere in this masterstroke there is an elephant in the room.

Think of the girlie men paranoia about the “war” with the corporate bookmakers which even reared its ugly head at the annual racing gabfest – the Australian Racing Conference- when the most prominent and passionate advocate and guardian of Tabcorp accused a corporate bookmaker of using “spin” during one of the Q&A sessions. Talk about the pot calling the kettle black. 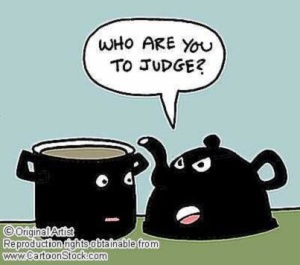 Media and vision rights are the Australian racing industry’s last man standing. It is their last and most valuable piece of REAL estate, notwithstanding a significant part of this valuable asset is in the hands of Tabcorp.

The reality is that Australian racing won’t get to share the full financial benefits of co-mingling with Hong Kong.

It is why Tabcorp and its cabal of powerful mates in the industry have a permanent smile on their faces. 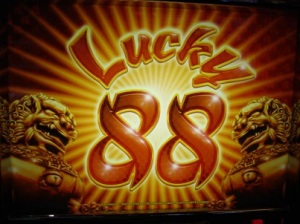 Several weeks ago we were inundated with tweets about a website called Lucky 88, a website we had never heard of.

The tweets specifically related to the most scurrilous, reprehensible, libellous and slanderous editorial content we have ever encountered in racing.

Without dignifying what was conceived and written and what was alleged about Racing Victoria Chairman Michael Duffy, Racing Victoria Stewards, Damien Oliver and Peter Moody, we were alerted to the possible identity of who was behind Lucky 88 soon after the racing twitter world went into a state of psychotic overdrive when the contents of the website fell out of its own termite ridden closet.

Fast forward to our visit to Melbourne last week for the Blue Diamond when we had some interesting conversations at Caulfield in their owners pavilion with some very prominent Victorian racehorse owners.

We were told that the identity of Lucky 88 was now common knowledge.

It was confirmed that he was “the brother of a very jealous, hot headed, high profile Melbourne trainer”. And that the trainer’s arrogance and paranoia about his rival trainers knows no bounds.

This trainer has experienced a rollercoster ride on the Victorian trainers ladder of success which no doubt has spun him out of control.

His massive ego and uncontrollable ambition to fast track his rise to the top of the trainers ladder, some very questionable commercial decisions related to his business and profession plus his failure to provide a steady stream of black type and Saturday metropolitan winners in recent times has undoubtedly got inside his head, big time. And as a racing stereotype, someone else must be to blame for his own lack of success.

And in this instance he is the martyr – the victim of a failure by the governing body to establish a “level playing field” for him and him only.

Fuck the other trainers, it’s all about me, me and only me! And what of his rival trainers who are churning out more winners with monotonous regularity? Well, they must be “using something”, simple as that.

For a man whose PR machine reminds us that he successfully completed a tertiary education and gave an ancillary lucrative professional career a two fingered salute, it certainly does fuck all to promote the virtues of tertiary education.

Interestingly, during the conversation last Saturday, the observation was made that this trainer’s behaviour in recent times had been unpredictable and erratic with some equally interesting thoughts as to what may be the cause. 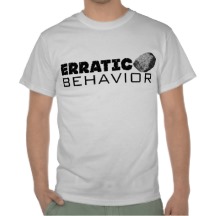 Quite clearly the fallout from the Lucky 88 blog will leave a long term impact on this trainer and his image.

He has long been disliked by his peers for his continual sniping and his “if I can’t win I won’t play” attitude, along with an equally contemptuous attitude to many of his colleagues. He has a near zero level of goodwill among many racing people.

The next move in this saga will be extremely interesting- particularly if Michael Duffy, Racing Victoria Stewards, Damien Oliver and Peter Moody decide to go down the the road of litigation against Lucky 88. It is an option they must be considering. 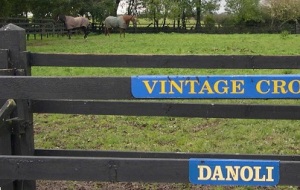 One of the highlights of the imminent Sydney Autumn carnival is certain to be the many black type clashes of the elite three year olds in Australia this year.

We have already been teased by the spring deeds of Pierro, Proisir, It’s A Dundeel, All Too Hard and the like. The clash of Pierro and All Too Hard in the Caulfield Guineas was one of the season highlights to date.

But as with most seasons, there are always new challengers to emerge in the Autumn, and this year is no exception.

Saturday’s Hobartville Stakes is the perfect entrée to the next six weeks or so of some of the best racing Sydneysiders will witness for many a long time.

Pierro makes his return to racing along with Proisir, Rebel Dane, It’s A Dundeel and Sacred Falls in the same race in which Peter Moody has decided to send his promising Victorian colt Mulazeem, below, to take them on as well. 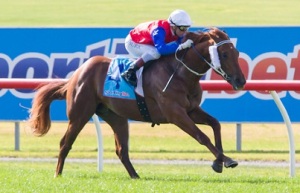 In Melbourne Black Caviar’s younger half brother All Too Hard will attempt to keep his unbeaten record this preparation in the Australian Guineas in which the performance of highly promising High Shot will be watched very closely from a Sydney autumn carnival perspective.

As with most things in racing, the weather gods can make or break a racing carnival or feature race day.

If the last month of summer is any guide, we could be in for a wet Sydney Autumn carnival. And that is the absolute last thing that Sydney racing needs.