THE GURU ON SUNDAY’S MAIN EVENT AND THE DUH FACTOR

And after all that has come and gone, the Main Event takes place at Shatin on Sunday when many of the Kings Of The Turf will gather to do battle for racing supremacy when the barriers open and the Longines International Races takes place.

Two names I know I’ll be missing at the event are Darren Beadman and Frankie Dettori, but we can’t have it all. But we also didn’t need to lose these two legends from this event in such different ways. Walking into the Champagne Bar and not seeing Frankie, impeccably dressed as always, smiling, embracing you and saying, “Hello! Whaddayadoing-a-latah? I hava-to-justa-showa-mya-face-at-fuckinga-boring-dinner-and thena-free-toa-rocka-and-rolla” will be missed. Not seeing both these great jockeys in action and competing against each other will be missed even more.

Before looking at Sunday, my combined consciousness hurtles back to Wednesday and Happy Valley, a great evening and a great result: Joao Moreira winning the International Jockeys Championship and which is probably why Ryan Moore sat there at the post-event soirée at Adrenaline looking as if he had swallowed a turd. It was a curry puff.

Why was Moreira winning this event a good thing? We always support the underdog and the Singapore-based Brazilian rider proved that he wasn’t just making up the numbers.

He also had a pretty crap book of rides and he got the best outta them which is even more impressive.

Will Joao Moreira move to Hong Kong? Of course he will. It’s a matter of time. What’s bloody disappointing to see is that only Caspar Fownes has supported him with an outside ride on Sunday- My Name Is Bond in Race 6. Don’t ignore it. Its last run was very good and our mate Casibah, apart from his dancing and impersonation skills, is very good at improving new recruits to his stable and impress owners, who ask that dreaded question, “Ahhhh, SUUUUURE WEEEN?” 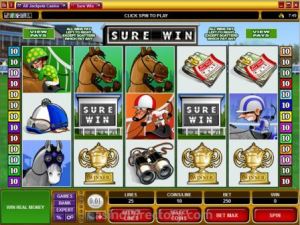 As for Sunday, well, the Sun God has finally woken up and the weather should be perfect for the best day of International racing and where the results will separate the men from the boys.

On this subject. ignore Gerard Mosse at your peril. The Frenchman might have just been going through the motions on some race days in Hong Kong and in search for some pommes de frites, but bring on the big races and he is one of the best.

With a new girlfriend on his arm, the mighty swordsman has something to prove and might do exactly that by taking out The Longines International Mile aboard the filly Siyouma. Cherchez la femme and all that and go heavy on le fromage and the garlic.

Though I would love to see Glorious Days win this race, I would place them in this order: Siyouma, Glorious Days. Packing Whiz and, perhaps, Ambitious Dragon. We just cannot get excited about the Dragon after thinking back to its last race and when he looked flat. 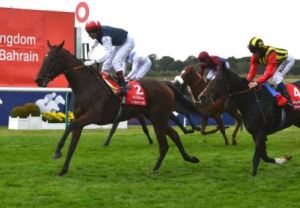 In the other Cup races, I would be following California Memory, below, in the Hong Kong Cup, Time After Time and Sea Siren in the Sprint and Bayrir and Dancing Rain in a tough looking Vase.

Elsewhere, “Mr Sa Sa”- Thomas Kwok- has entered nearly all his “Beauty” horses and how we all wish he retires Beauty Flash- whereas John Size has targeted this day for his stable stars- Turbo Jewellery, the lightly framed The Peak, and of course, Glorious Days in the Hong Kong Mile. 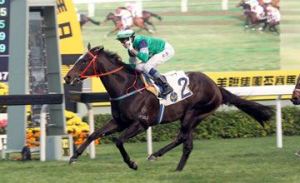 In Race 9, Size has entered Real Specialist along with Craig Williams on Fay Fay which is racing down a class and Ben So on Fulfill A Wish and has It Had To Be You in the last.

All will be extremely short in the betting- The Peak will just be small- period- as will many on the card though the Vase might have a few that are overs. But a winner is a winner and I would be playing all the exotic bets. I also feel that the French raiders will do very well in three of the Cup races and Maurice Chevalier will return to sing, Thank heaven for pretty girls ‘cos they get older every day. Oui, oui, Viva La France and Pepe Le Peu! 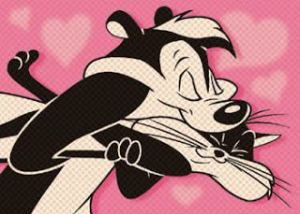 And so, the curtain will come down on another Hong Kong International Day- but it’s more than that- more than a one day event.

This should be the end of one year and looking at how to push the envelope further as the sport is in dire straits and, hopefully, lessons have been learnt and people have been inspired by this week in Hong Kong. 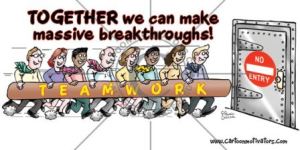 This year, the image of horse racing has taken a hammering across the board- in Italy, in Oz where racing is still going through its annus horribilus with more names coming out in dribs and drabs while the big races in Europe and the UK this year didn’t have the impact they once did. The running and result of The Japan Cup was farcical.

Take Frankel and Black Caviar out of all racing equations and what do you have? Not much. There are trust issues at stake and with even the most hardcore punter pretty suss about many things while those new to racing, well, the sport has made the news again- for all the wrong reasons.

The light at the end of the tunnel is the HKJC under the leadership of Winfried Engelbrecht-Bresges and what the Club is doing for the future of racing and which no other head of a racing club is capable of even thinking about, let alone achieving. They are simply put, stuck in a time warp and are perfect examples of the imperfect Peter Principle where incompetence has been rewarded and promoted.

In Oz, those with all that power are, as always, only looking out for Number One and for more power and are far worse for the sport than a few Oompa Loompas with shit for brains who have or still are either hooking horses or betting on horses they are not riding. How and why do these stooges survive? A sycophantic racing media is just one reason. More on this another day.

Watching Racing Victoria and Racing NSW bumble along and with no control over their destiny and hoping it all lands without a nasty splat has us shaking our heads and grabbing our nuts in disgust. Leadership? What leadership? Crisis? What crisis- and which is still a great album by Supertramp.

Hong Kong racing is hardly perfect. Nothing is in this imperfect world. The key is that a very much hands-on CEO like EB recognizes this and, yes, he knows we are nearly at 2013, and he is constantly enhancing the racing product for different customer segmentations. Speaking ONLY to the same and tired and very old captive audience is not the way forward. It’s a recipe for disaster. As for those who have asked why EB is so hands-on, well, think about it: Many times, if you don’t do it yourself, it never gets done or it comes out looking like some mutant form of the original idea.

Yes, there is still much to do, improvements need to be made to current products, gremlins need leadership etc but let’s never forget what has been achieved in a very short time and which we only seem to remember when overseas visitors help us see the forest for the trees and leave in shock, awe and respect at what Hong Kong already has in place while others, especially in Oz, plod along with tendon issues of their own and lameness in their minds. It’s what I call the Duh Factor.

Duh and Duh chuffed with themselves.

Finally, Happy Birthday to Bill Nader, Direcot Of Racing, for Sunday and below is a special song for him.

“Oh, puleeese, let it all be over for another year.” 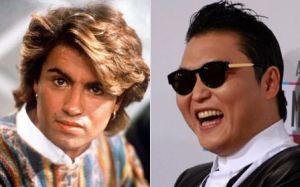