It pains us greatly to pose the question: Can NSW Racing sink any lower? And it’s not just us asking this question- and very LOUDLY.

Anyone hear ALL the racing radio stations in Oz today discuss the whole Randwick saga?

The fiasco with the concrete, cancer-riddled QE 11 stand at Randwick – once the showpiece of Sydney and for that matter Australian racing- could have been avoided.

Go ask any architect or construction engineer and they will all tell you that most buildings, as they age, either need maintenance or demolition.

The deterioration of the QE 11 stand did not happen suddenly. What was quite staggering is that it lasted so long. The concrete cancer and general dilapidation was a frequent topic of conversation and derisive asides for at least the past 20 years or so.

In fairness to the ATC, it would be unfair to point the finger at the ATC Committee, although some members of the present Committee were previously on the AJC Committee, whose responsibility it was, until the merger with the STC, to manage and operate Randwick and Warwick Farm.

If there was to be any finger pointing, then the old AJC would be warm favourite for such a dubious honour. 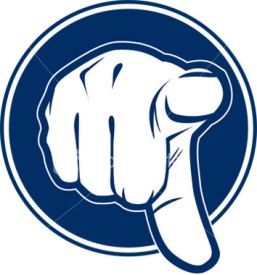 The complacent and negligent mentality that pervades NSW racing, has never been “better” displayed.

Sure it is easy to draw up a wish list of priorities for infrastructure and improvements, but when something so fundamental as the “face” of NSW racing is allowed to grow old and tired and deteroiorate in such an ungracious and embarrassing way, the hard questions must be asked.

The blow torch has to be applied, in the most powerful way to the bellies of those responsible.

It is just not good enough to throw your collective hands up in the air and cry poor. To a very great degree the financial problems of the NSW racing industry are their own doing.

Let’s not forget that it was not all that long ago that the AJC was offering high six figure packages to so-called corporate geniuses and associated racing media hacks to lure them as “mister fixits”.

But, as we all know form bitter experience, the “mister fixits” are nothing more than corporate cowboys or spin doctors or a combination of both, who generally leave a very costly legacy that their successors have to fix.

The transfer of these marquee spring carnivals meetings are a potential financial disaster for the ATC and NSW. Punters always vote through their pockets and as Tabcorp will also attest, Randwick, like Flemington down south, is a magnet for the punting dollar.

It is yet another financial nail in the coffin for NSW racing, and further reinforces the public’s perception and image of racing as being a very poorly run sport, which it is.

Unfortunately, the ATC and the NSW racing industry can do very little to turn it around in the next few weeks. They will be hoping against hope for a miracle – that the further testing will enable some urgent structural band-aid work to render the main grandstand safe for the remaining spring race meetings.

However, the major challenge to the ATC and the governing body Racing NSW- and for the Racing Minister George Souris- is to make the very hard decisions that are necessary to ensure that the NSW racing industry is never allowed the luxury of falling asleep at the wheel.

It would be all too easy to blame lack of finances or structural fatigue for the problems at Randwick. Such excuses would short change an industry already weak at its knees.

Forget the tired clichés that will be offered to elicit sympathy and cover it all up in spin. Unless you get to the root of any problem you are unlikely to find a viable solution.

There is a very real need for an audit of NSW racing. It should be all encompassing with very wide ranging terms of reference. If heads are to roll, they must.

NSW racing is crying out for a fresh start. A ruthless cull of the tired old faces, the usual suspects that seem to monopolize positions on Boards, must be implemented as matter of necessity and urgency. There will be no threat to the day to day operation of racing during a transition period.

New blood, new faces, must be recruited to give NSW racing the “kiss of life” that it so desperately needs.

We don’t want to be banging on about the same old problems and the incompetence of racing administrators. Reform and change are not going to be initiated by those who have caused the problems. They have had their chance and failed.

Bringing in the so-called well-known names that have been around NSW racing for decades, and whose obscene lust for power and control, and promoting their own agendas, is akin to rearranging the deck chairs on the Titanic.

Let’s get some generational change into NSW racing. Let’s get some people who understand change and who are brave enough to instigate reform, to take control of the future of a once great racing industry in NSW.

NSW racing has too many administrators who part of the problem and not part of the solution.

It is time they were weeded out.